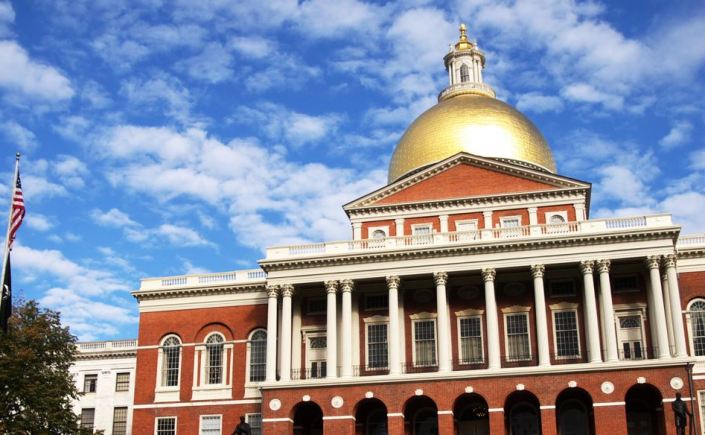 Energy and the Environment

AN ACT TO PROTECT RATEPAYERS

The Massachusetts Department of Public Utilities has approved profit margins for electricity utilities that are significantly higher than our neighboring states. The Department has also approved automatic annual rate increases for Eversource 1.5% higher than the rate of inflation. This bill caps the profit margins of utilities at the average of our neighboring states (currently ≈9.2%), which will save ratepayers money and incentivize utilities to invest in renewable energy.

This bill requires utility companies to offer on-peak/off-peak rate structures so ratepayers can save money by changing their energy consumption habits. This also incentivizes the use of electric cars, which typically charge during off-peak hours, as well as the usage of energy storage and the purchase of smart appliances.

The energy market in Massachusetts is undergoing a significant transformation as distributed generation upends the historical model of centralized generation. This bill requires utilities to update the electrical grid for the 21st century and implement technologies that support the decentralization of generation, thereby allowing for more interconnection of renewables.

Current law required 50% of all vehicles in the state fleet to be hybrids or use alternative fuel by 2018. This requirement was not met. This bill sets escalating, achievable yearly benchmarks, starting with 15% of vehicles in FY2020, with an end goal of 50% set in FY2026.

AN ACT TO PROMOTE GREEN INFRASTRUCTURE AND REDUCE CARBON EMISSIONS

There is worldwide agreement among scientists and policymakers that the Earth is warming at an unsustainable rate due to human activity. In 2008, Massachusetts passed the Global Warming Solutions Act (GWSA) and pledged to cut carbon emissions by 80% by 2050. This bill puts a price on carbon emissions to incentivize a move toward renewable energy and help us meet or exceed the GWSA emissions target. 70% of the collected price is rebated to consumers and businesses, and 30% is dedicated to a Green Infrastructure Fund for local investments in renewable energy projects that will further reduce emissions and stimulate the economy. There are built in protections for low and middle income households, those who live in rural areas, and export-driven manufacturers.

AN ACT RELATIVE TO DIABETES PREVENTION

In Massachusetts, more than 700,000 people have diabetes. This bill directs state agencies under the Executive Office of Health and Human Services to collaborate on the creation of a Diabetes Action Plan to better identify and understand the impact of diabetes in the state. This information will be used to develop public health strategies to reduce the frequency of diabetes among residents of the Commonwealth.

This bill requires health insurance companies and the Health Connector to provide easily accessible and searchable information about prescription costs in their plans so consumers can make informed decisions when choosing health insurance.

AN ACT RELATIVE TO FAIL FIRST AND PATIENT SAFETY

Currently, health insurance companies can force a patient to try a less expensive treatment before agreeing to pay for a prescribed treatment. This practice is called “step therapy” or “fail first”. In some cases, requiring a patient to follow a step therapy protocol may have adverse and even dangerous consequences. This bill creates guidelines to provide a way for doctors to override insurance companies so a patient can more quickly access the medication originally prescribed for them.

This bill amends the “Any Willing Provider” law to close the “specialty medication loophole”, thereby allowing community pharmacies to fill prescriptions for specialty medications such as biologics, as long as the pharmacy can meet the standards required for handling and administering the drugs. This will make it easier for patients to access medications that treat many common autoimmune diseases and other conditions.

The Health Safety Net program allows acute care hospitals and health centers to provide essential services to the uninsured and underinsured. However, in recent years, the program has not been adequately funded. This bill strengthens the program by reinforcing the requirement that the Unemployment Assistance Trust Fund contribute at least $30 million per year to the program, and splitting the responsibility for funding shortfalls between hospitals and surcharge payers.

AN ACT RELATIVE TO CO-PAY ASSISTANCE

This bill makes permanent a provision in a bill enacted last year that allows co-pay assistance, often in the form of coupons, for prescription medications without generic alternatives.

This bill gives cities and towns the option to use ranked choice voting (RCV) in municipal elections. In RCV, voters rank as many choices as there are candidates. If their first choice can’t win, their vote counts toward their next choice, and so on, until a candidate clears the 50% mark. RCV has been implemented state-wide in Maine and has been used in dozens of jurisdictions across the country.

This bill allows people who have moved, have errors in their registration, or have never been registered to register and vote at their polling place on Election Day, or at a designated satellite early voting location before Election Day. This will increase voter turnout at little to no cost to municipalities or the Commonwealth.

Currently, Massachusetts prohibits state universities from offering doctorate level programs. In the current job market, there is an increasing need for employees with higher levels of education, even for entry level positions. This bill aligns our state universities with those across the country by allowing them to offer clinical and professional doctorate degree programs.

This bill creates a Student Tuition Recovery Fund to help Massachusetts students who have been defrauded by for-profit schools. The Fund lets eligible students recover tuition and other costs if a for-profit school they’re attending closes, fails to provide the services promised, or violates state law.

AN ACT TO ESTABLISH A MOTORCYCLE SAFETY FUND

This bill creates a dedicated Motorcycle Safety Fund that will provide $150 rebates to junior motorcycle operators who successfully complete a safety course. The fund is financed by a $2 premium paid by motorcyclists on their annual registrations.