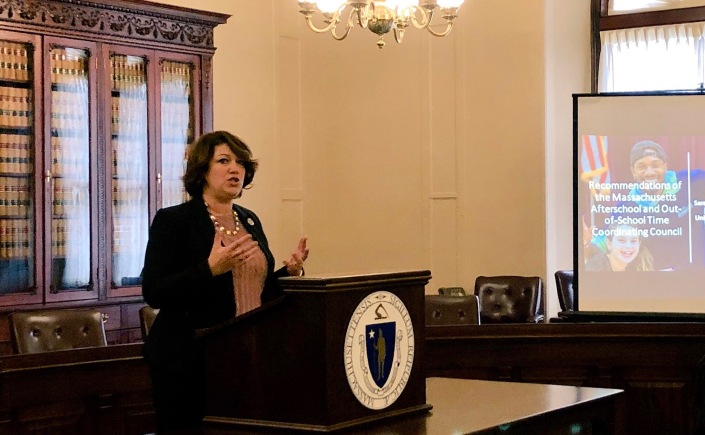 A history of public service

Jen Benson was first elected to represent the Massachusetts 37th Middlesex District in 2008. She was elected to a sixth term in 2018.

Jen’s commitment to public education led her to run for the Lunenburg School Committee in 2003, where she served for over five years and was elected Chair. Jen began her tenure on the board during a difficult time for the schools, and was instrumental in rebuilding the relationships between the schools, the town, and other town boards.

Jen has also served as Chair and Vice-Chair of the Lunenburg Democratic Town Committee, where she re-energized community activists and helped to elect strong leaders to represent the region.

Jen is the Chair of the Joint Committee on Health Care Financing, which considers all matters concerning the direct funding of health care policy and programs, including Medicaid, MassHealth, and other public health assistance matters.

In the Legislature, Jen is a member of several caucuses, including:

Jen is a member of several state and national legislative organizations, including:

Jen and her husband Brent Benson have been married since 1993. Brent works at the Harvard Business School as a Technical Enterprise Architect for the HBX online learning initiative. Jen and Brent have three children, Hannah, Maya, and Noah who attended Lunenburg Public Schools.

Jen grew up in Rochester, NH, where she attended Rochester Public Schools. She went on to receive a BA in Art History from Florida Atlantic University and a Masters of Public Administration from the Kennedy School of Government at Harvard University.